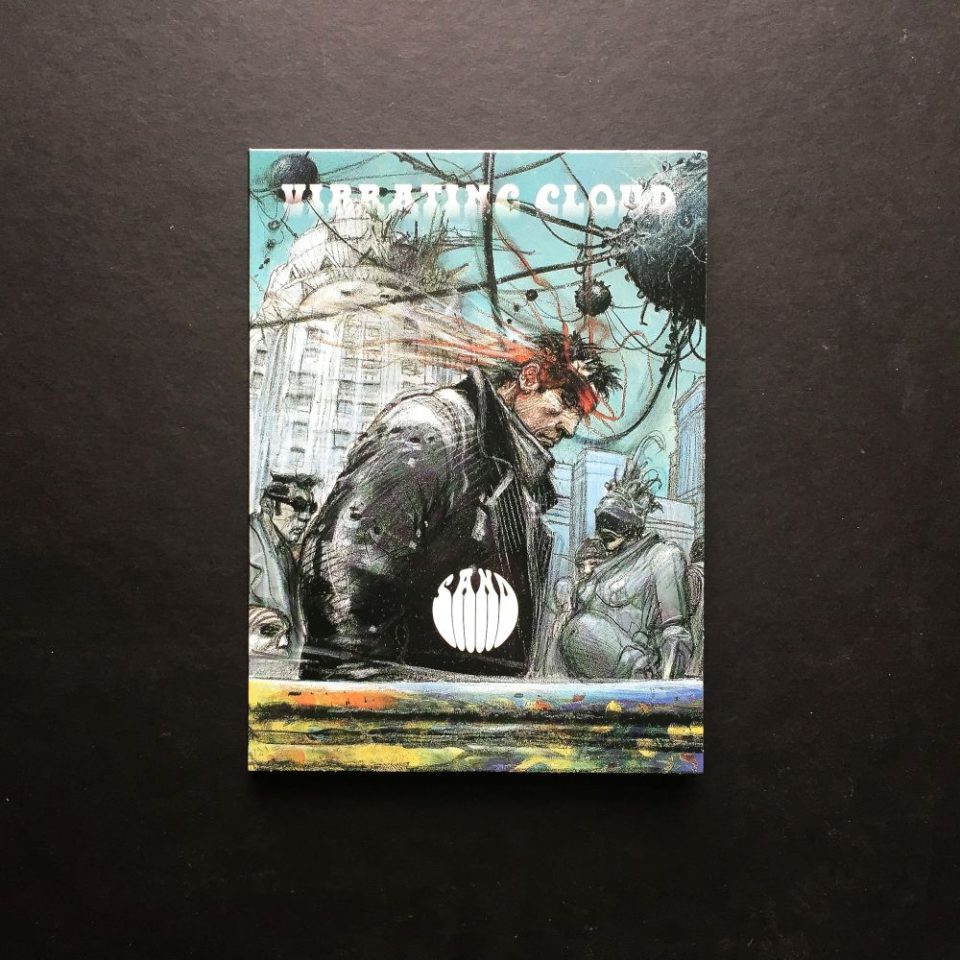 Over 5 Decades SAND is a timeless narrative machine full of pictures and scenarios, each title a unique piece that stands alone. The vibrating cloud floats powerfully across the vast expanses of sand, telling stories of confusion and aberration, rape of the planet, of the tenderness, hidden power and fragility of existence, the voracious digital demons, the loss of innocence in a surreal drama we call: WORLD.
SAND started with the Golem, the analogue primitive robot that became independent and out of control. A hybrid creature related to Enki Bilal’s mutants, androids, animal humans or automatons.
SAND is the stage of the shadow struggles of Don Quixote (OLD LOGGERHEAD, HELICOPTER – Part 1), Faust’s disappointed departure from science and the search for the infinite vastness of nature (FUKUSHIMA, SARAH – Per Aspera Ad Astra, HELICOPTER – Part 2). The cunning , slyness and sophistication of the Mephisto in the big cities, the black town which has become an enemy habitat, and which produces people without earth, air pirates on air and passengers in circulation (ON AIR !, BOOKED OUT FACES, WHY). The seductive Pandora, carrying in her box all the evils and hopes of this world (SARAH – Passacaille, SOME LIMITS) The Flying Dutchman’s ghost ship roaming the seas (ON AIR !, HALT DICH FEST!, ALL IS CALM).
SAND is the story of the stranded and stuck (ON THE CORNER, IN THE DESERT STORM) but also the hopeful children’s souls (MAY RAIN, ON AIR! -The End, WHY). The stories go from the ME through the YOU to the WE (ON THE CORNER – BLUE COATS – WHY? – CRAZY RULERS)
So, in Vibrating Cloud, SAND and Enki Bilal merge into one psychedelic fiction.
SAND kaleidoscopically reflects the facets of a darkened and then enlightened existence of man and the world and immerses himself musically and narratively in the spheres of Enki Bilal’s mythology, conspiracy history, mixed-up comedy, science fiction and poetry. As Enki Bilal aptly put it: „I would say that this is a prospective reflection on our present world but in a different way in the future.”