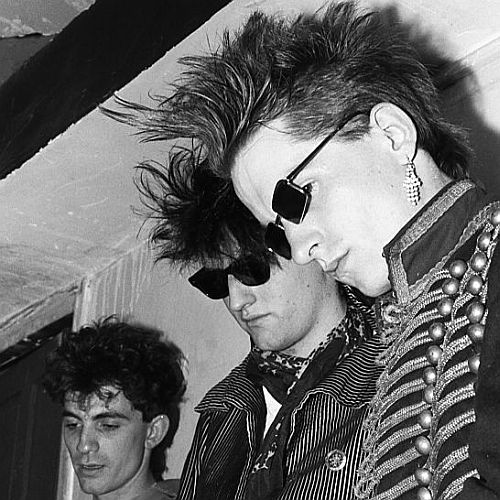 The Bonaparte trio was born after the split of two bands, “Spindle Tongues” founded by Pat Griffiths of 23 Skidoo, Ruben Azca and “Baroque Bordello” founded by Weena, Pix and Prad.
Before Spindle Tongues, Ruben Azca formed a Kan Ji Zai duo and according to Giri, the boss of Gibus, the generally agitated punk audience remained very attentive at the Kan Ji Zai concert on October 4, 1983.
In 1984, after their 1st record, the EP “Today”, the drummer “Prad” and the bass player “Pix” of Baroque Bordello founded with Ruben Azca of “Spindle Tongues” an ephemeral and ghost project band The Bonaparte’s for the release of an unreleased single with a cover of the Doors and a first track “Battle Of Iena” then followed a concert which should have been unique to the Opera Night programmed by La Sébale with three titles: Battle of Iena, Waterloo’s Front and Shiny Light played in a single sequence.
The trio was extended with a Lazslo guest sax. The public did not expect such a band and was very surprised and encouraged the band to continue, The Bonaparte’s were born!