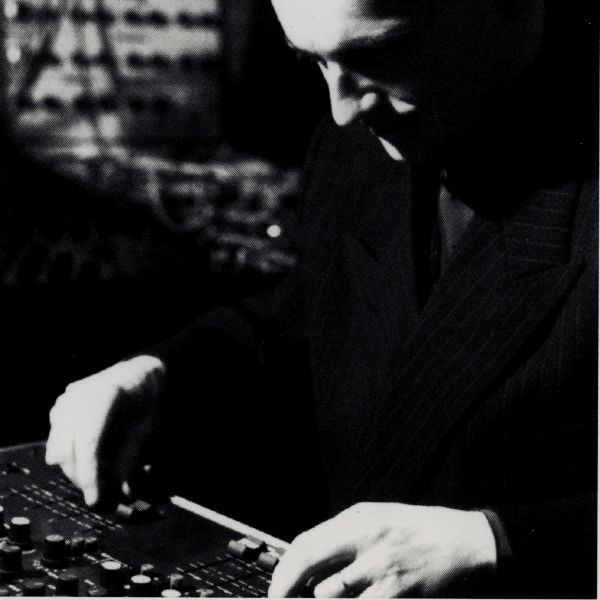 Jean-Marc Vivenza studied philosophy and worked at the Modern Art Museum in Grenoble. In 1976 he creates the band Glace, first french industrial band in relation to the specificity of his work giving him a unique place in the sphere of this music called industrial, an etiquette he doesn’t approve of saying that this word has lost its genuine meaning.

Vivenza immediately places himself in the field of the theorico-political link attached to the Italian Futurists and Russian Constructivists trends whose bruitist-plastic propositions are the only theorical sources having ever been developped with consistency, and rather qualifies his music as « bruitist futurist ». Thanks to him, the term « Bruitist » will become from this moment an international word used by everyone, including english speaking people.

Indeed, to Vivenza the knowledge acquired from various plastic trends (conceptual art, minimal art, performance) can’t be eclipsed, and have played on his reflection and on the form of his work an important part. What is important is the re-appropriation of noise as a formal plastic aid. He explores the field of perspectives that the acoustico-plastic material offers and works on a concept that he calls « the objective materiality of noise », basing himself on the futuristic thesis of Luigi Russolo, exposed in « The art of noises » edited in 1913 constituting the working guide for Vivenza and remaining the base of any authentic bruitism.

He is then the first, between 1976 and 1979, to build a bridge between the thesis of Luigi Russolo and our time, no one having ever done it before in such a categorical way. Vivenza explains himself that several trends, of which musique concrète founded mainly by Pierre Schaeffer diverge from futurist bruitism. The presuppositions of contemporary music and its electro-acoustic, concrete, acousmatic, pseudo- bruitist and neo industrial sonorous productions suffer according to him either from a theoretical emptiness, or from the idea of a « sonorous object » that Pierre Shaeffer drew from the philosopher Husserl, leading to placing a subjective point of view on an objective sonorous reality. This mistake was to start approaching noise by the idea born in the mind rather than starting with experience, which is for Vivenza a total non-perception of the essence of technique, and leads to severe incomprehensions towards the materiality of noise. To Vivenza the illusion of the schaefferian dream is not only over, but leads to a theorical and practical mistake. To him futuristic bruitism is the unique alternative to the historic deadlock of so called « musique concrète ».

In 1978 he founds the band Mécanique Populaire, and after the two other members’ departure he he by himself and simply chooses to use his patronymic name Vivenza. In 1983 he is at the head of the Electro-Institut where he continues an artistic research on practical, historical and theorical levels. Besides he develops an international activity through concerts giving to people the occasion to hear and to see the result of his sonorous and visual dynamic conceptions. In 1985 he makes the « Servomécanismes » incorporating the bruitist notions of Russolo with contemporary techniques of acoustic subservience combined with a rigourous care of visual formalism.

His work on noise concretises itself under several forms, in particular … sonorous.

The originality of Vivenza is to use industrial sonorous material in the literal sense of the word (machines, workers in action, factories) and records real industrial sonorities in factories.

Vivenza explains that the process of transformation and organisation of industrial tellurism takes us to the heart of the domesticated matter from which the immense echoe of the langage of the earth springs out, producing noise which is its langage, noise which is its cry, its sense and its form. This concept of « objective materiality of noise » refers to the revolutionary spirit of noise and to the dynamic use of noise as a concrete essence, and Vivenza arranges with rigidity the dynamic fury of mechanical noises, like a king pin of organised noise.

Restorer of the concrete and truth , Vivenza invites us to penetrate the vital energy being at the core of reality, to « listen to the matter of which we touch the essence by binding to it in a kind of primitive virginity » (Marinetti) and to blend in with its vibrations. Because reality is the subject of futurist research.

Jean-Marc Vivenza also exposes his work, his researches and thoughts in various theorical texts, essays and musicologic studies, of which here are a few :