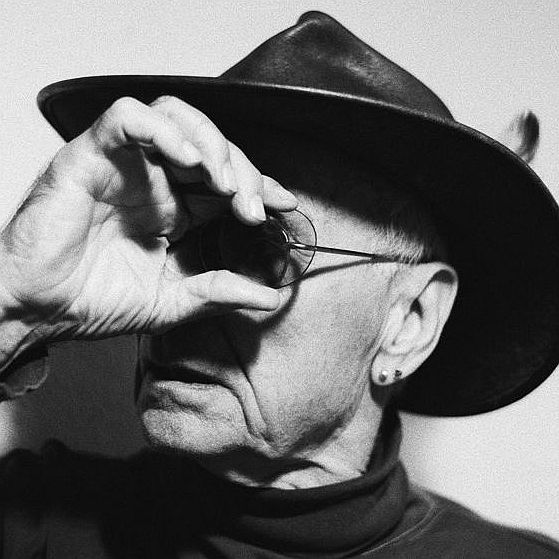 In 1967, in New York, Simeon began singing with The Overland Stage Electric Band who were the regular band at the Cafe Wha? in Greenwich Village.

One night, as a lark, Simeon plugged in an oscillator and began sweeping sounds around the room with gleeful abandon while the drummer, named Danny Taylor (who had previously worked with a young guitar sensation named Jimi Hendrix) pounded out rhythms in cutting edge experimentation. This so outraged the three guitar players in the band that they quit, leaving just Simeon and Danny . . . and Silver Apples was born.

Through all the ups and downs of the Silver Apples saga, Simeon remained true to his art, and has exhibited works in galleries and museums internationally. Simeon continues Silver Apples as a live and recording act performing his signature electronic music at concerts and festivals in 6 continents.

First full-length album was released in 1968 on KAPP Records. The self titled album rode the Billboard Magazine Top 100 list for 10 weeks.

The second full length album was released in 1969, titled CONTACT. A national tour was launched by the band’s recording popularity.

In 1996, Simeon re-activated Silver Apples, recording and performing with many musician friends and admirers. On March 10, 2005, original drummer, Danny Taylor, passed away of a heart attack in Kingston, New York. He was 56 years old. Working as a solo performer, with Danny’s drum sounds recreated by electronic means, Simeon has continued the Silver Apples live concerts with performances literally all over the world. Currently Simeon is still recording and performing as a solo.
Simeon disembodied on September 8, 2020 at the age of 82.

Rotorelief is proud to reveal some aesthetics of design editions of the first album and the second album « Contact », texture and feeling of 1968 and 1969 original with boosted audiophile sound quality.