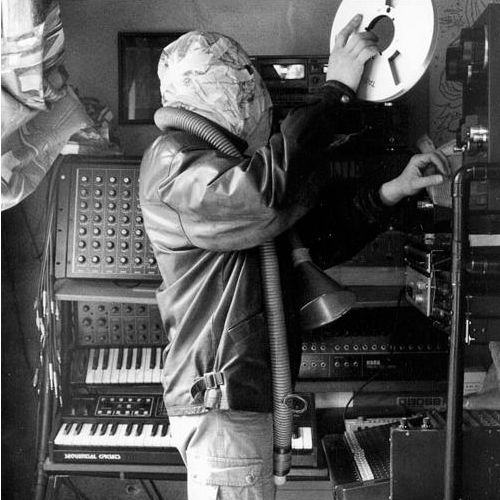 Brume (Christian Renou) is a prolific French musique concrete composer/sound sculptor who has won himself a place of his own with his crossover between sound collages, electro-acoustics and noise. His compositions rely on dense, rapid-fire montage and wed cacophony and dynamics, emphasizing both the elements of discontinuity and continuity.

Why the nickname « Brume »?: he likes to create an ‘uncertain’ aesthetic side, either visual, audio or other, and to solicit the imagination of the listener, and his own before all.
Brume, one of the most cutting-edge musicians in the alternative scene.

Does he belong to the alternative scene by the way, or to the « new music » scene, or experimental, inventive musics? « No, no and no! says Brume, damn it! I reject the butt of all these stupid labels! Be serious, what does it mean to identify, classify, store, systematise? … It is food for the parasites in the press culture and piss-colds ». That’s said.

« Today, some labels have reduced it (music, editor’s note) into a single, monolithic; accessible and digestible by 90% of the bastards still alive and who will live again and forever in this world! It’s marketing ! But let’s be realistic : natural does not pay! » He also says that the concept of anti-music is a biodegradable “theory » ; no, he makes music. On the other hand, he do likes the duo “THE HATERS” who claim with humour their “anti” side! Brume would say even more than “THE HATERS”, that he is “anti-anti …”

Brume is an expression of his soul – the same way as it should be for a painter, he feels there is a similar state of mind when creating his music and the act of painting. He feels next to a painter and thinks of music through a visual state. When he creates sounds he thinks of colours and when he mixes these sounds together he imagines paint brushes and palette – nobody can do it for him.

But to Brume inspiration doesn’t necessarily come from the field of sounds. Everything and anything can create a click, a track to exploit: A clear/obscure sound in a room, the wind in the trees, a dripping sink which leaks “blub…blub…blop”, some bastards who throw away an empty soda-can from the window of their car, a discussion between primates, stinking of stupidity and violence, a central waste of controlled shit …

And when Brume has his ears saturated with music he tries sculpture. He can’t stay doing nothing. But Brume likes the idea of creating an influx, a public that gets his music through his four walls and will spray at odds! It is very intense to him and creates a constructive dialogue, evolving with people. According to him we can not stay alone in this minority because it implies “self-asphyxiation”, it is essential to share, create a loop of exchanging ideas, feelings with people.

1986-2000: many vinyls, Cds, cassettes, and some soundtracks for visual artists.

2008: 30 years after his first sound, Brume starts again his experimentations.