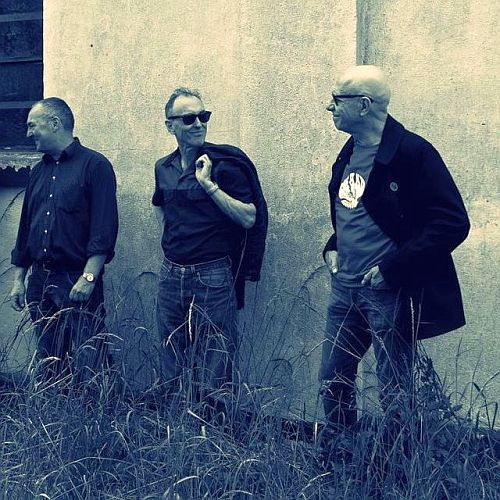 There is something magical and inexplicable in creation, and Sand manifest absolutely these mysterious phenomena. Story-tellers, musicians, shamans, geniuses, Sand were known, at the end of the 60s, as P.O.T. (Part of Time). The music they created at that time has remained unreleased until now.

Two different approaches are evident within this band. The first—which is shown in the compositions of the trio Ludwig Papenberg, his brother Ullrich Papenberg and Johannes Vester—is avant-gardist, experimental and proto-industrial. The second, when this same trio is augmented with a few extra members, reveals a more emphatically “rock” side, somewhat in the vein of Pink Floyd’s The Piper at the Gates of Dawn, perhaps making it somewhat less personal than the visionary and experimental positions characteristic of Sand, a truly unique entity in the history of music.

At that time Klaus Schulze was developing, with engineer Manfred Schunke, a specialised recording process called “Artificial Head Stereo Sound”, which, like “Surround Sound”, created the illusion of the music coming from 360º around the listener. Schulze chose Sand to record in his studio one of a series of records to demonstrate this new technique. Sand’s album Golem was recorded and released on the Delta-Acustic label in 1974.

Sand acknowledge that Manfred Schunke and Klaus Schulze were Sand’s most important mentors.

Although classed as “Krautrock”, Sand are not really in the Krautrock style, despite being part of this movement of German cosmic/psychedelic bands. Instead they take us on a cerebral/cosmic/strange/dark trip all of their own, with a highly original subtlety, elegance and strength. Trapped in the trip, swallowed up by the quicksands, seduced by the unique and innovative combination of acoustic guitars, synthesisers, sound generators, short-wave radios, factory noises, hammers from the shipyards, agricultural machines, whirls of sand and eerie atmospheres, the listener discovers and lives the story of Sand and his Golem. Their first album released in 1974 followed by the series of unreleased albums of the 70’s, which represent the birth, evolution, dipping and rising Golem, all published in Rotorelief.

Today INXOM reveals the strange and obscure story of the Golem, shaped by an avant garde group and the first single of 1974 album was “just” a little piece of that history.

Only one thing to do in order to know the story: listen to his complete story, with His First steps – Golem – Desert Navigation – Sylph Ballet – North Atlantic Raven Sand,

and also Chromanatron of Nurse With Wound and When The May Rain Comes, a cover of Sand by Current 93.