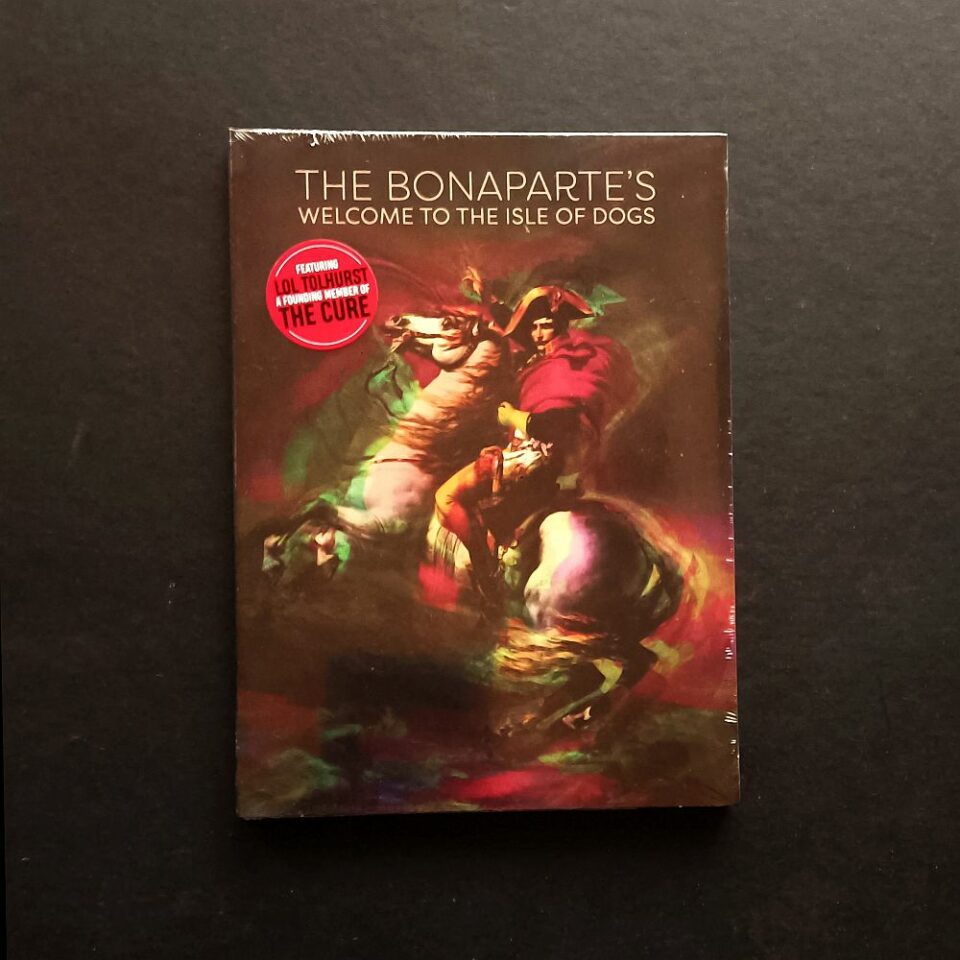 Audio CD inside a DVD Digipak format > ROTOR0068 CD
“Welcome To The Isle Of Dogs” is the second remastered studio album from The Bonaparte’s, an emblematic figure of french post-punk, originally released in 1986, with the participation of Lol Tolhurst, founding member of The Cure.
The singing and the guitar remind us Echo and the Bunnymen, other titles take us into the energy of Killing Joke, even in the psychedelic or Gothic moods …
An album that has not been altered in time as it has been remastered to the reconfigured repertory, including a bonus track.
Finally this opus receives a splendid cover mixing master painting under lsd .