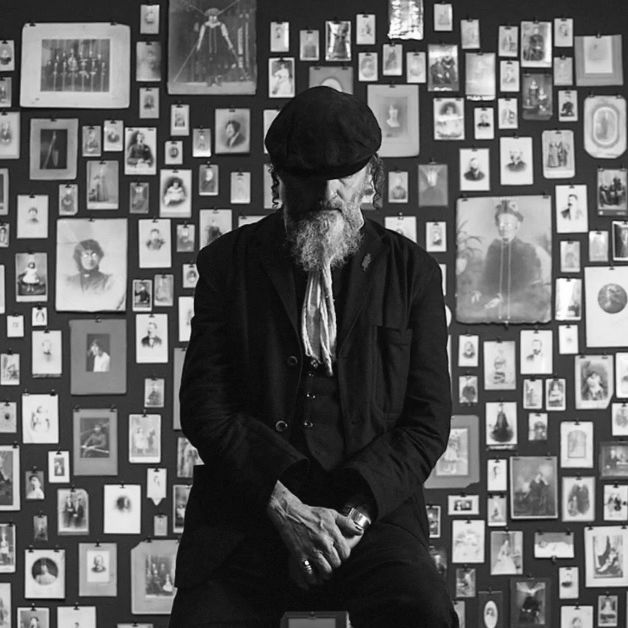 CURRENT 93 was founded in 1982 by David Tibet and is an eclectic and idiosyncratic English hallucinatory and apocalyptic artistic project. David Tibet is the only person permanently present in the group, although Steven Stapleton of Nurse With Wound, whom David met in 1983 at London’s “Equinox Event”, has appeared on virtually all of Current 93’s releases.
Tibet has worked with many individuals since he formed C93, such as Michael Cashmore, Steve Ignorant (Crass), John Balance (Coil), Nick Cave, Marc Almond, Antony Hegarty, Sebastian Horsley, Andrew W.K., Rickie Lee Jones, Shirley Collins and Bonnie “Prince” Billy.

Current 93 has many faces, but has always primarily reflected Tibet’s beliefs and obsessions. Recently his vision has grown increasingly personal and intense, inspired by his translations of Coptic non-canonical and Gnostic texts. Other important influences upon his work have been the New Testament, the works of Count Stenbock, cats, the Kabbalah, seahorses and Birdsong in the Empire.