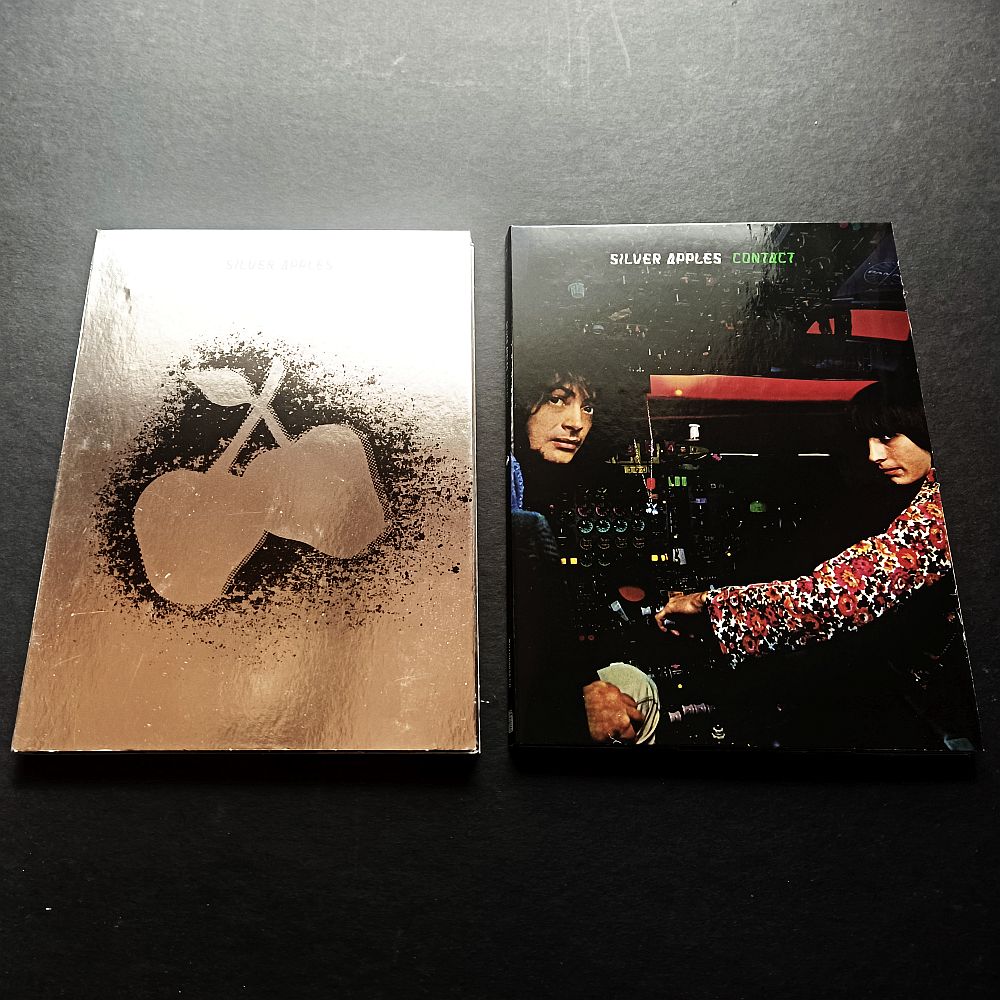 « Silver Apples » ROTOR0055 CD
First album of the 60’s NY duo SILVER APPLES, remastered and boosted with the texture and feeling of 1968 original.
Simeon sailing heavily treated oscillator sounds over drummer Danny Taylor’s unrelenting beats. homemade synthesizer consisting of 12 oscillators (and an assortment of sound filters, telegraph keys, radio parts, lab gear and a variety of second hand electronic junk), Silver Apples quickly gained a reputation as New York’s leading underground musical expression. Their pulsating rhythmic beats with the use of electronics laid the groundwork for what would become ‘Krautrock’ Silver Apples was released in 1968 and still remains an innovative and revolutionary album.

« Contact » ROTOR0056 CD
« Contact » is the second album of the 60’s NY duo SILVER APPLES, remastered and boosted with the texture and feeling of 1969 original.
The 1969 follow up to Silver Apple’s debut found the duo digging into the far reaches of their songwriting psyches for a darker and more emotionally charged set of songs. While the debut set the stage for a sound the world had never heard before, Contact is where the Silver Apples began inhabiting that sound with more urgency and experimentation.