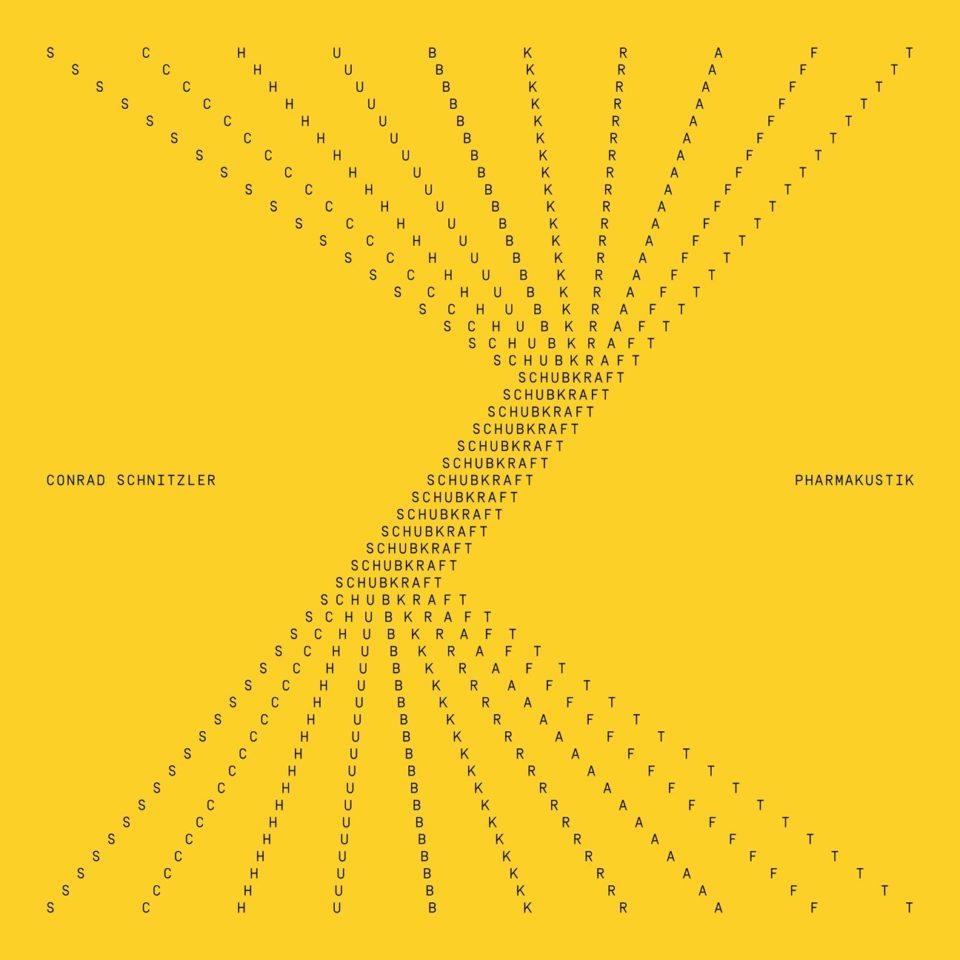 “Kontraktion” and “Extruder” are the results of various tape-sessions by Conrad Schnitzler and Siegmar Fricke in Con’s former studio Leberstrasse in Berlin.The soundscapes on both records (produced in November 1986 and July 1987 with EMS-Synthi A, Korg MS 10 + MS 20 + delays) contain all the machinistic energy and infernal industrial sound-eruptions similar to Conrad’s first three albums “Schwarz”, “Rot” and “Blau” and to the rumbling train wheel rhythms of “Zug” (from the “Red Cassette” 1974). The albums also carry the spirit of the first “Cluster” album (released in 1971 on Philips) due to the imposing bruitiste elements and uneasy sci-fi atmospheres.
“Schubkraft”, the third and final album of the Schnitzler/Pharmakustik-triology (recorded during the same sessions in Berlin) contains two long pieces of thrust generated force and propulsive power. Soundwise an album combining mechanically driven rhythms and propelling velocity with rusty organic textures. The shiny yellow cover reflects the sheer explosive drive of the audio-material.
The complete session-material has been refurbished, restructured and recombined by Siegmar Fricke at Pharmakustik-studio Germany